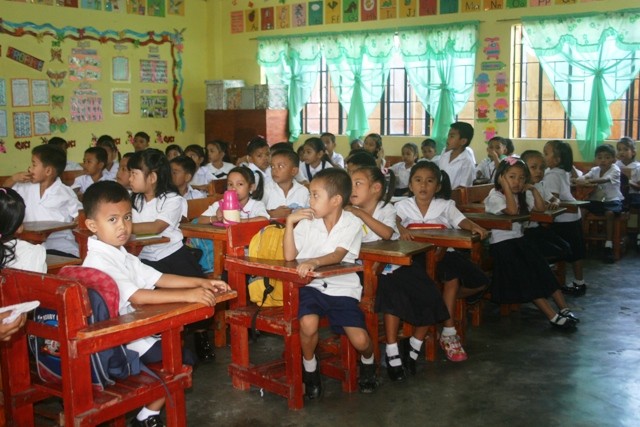 An Imperative for Quality Education for ALL Students

Imagine having this conversation with a 9-year-old girl living in South Africa.  Her father was murdered and her mom died of AIDS.  She is now an orphan living in challenging conditions.  She shares her only desire with you:  I just want to go to school!  Netherland’s  Ton Duif, past president of World Education Forum, shared these real experiences with educational leaders in US, Canada and Europe.  Can educators make a difference?

Most governments and some agencies identify the percentage of children who are attending school.  The United Nations Millennium Goal 2, whereby all children will be able to complete primary school by 2015, reports governmental data showing developing regions have reached 91% attendance. Michelle Obama recently reported that 62 million girls aren’t going to school. There is much evidence that when a country educates its girls, it is more likely to have better economic development and perhaps a better chance for a more peaceful existence.

How the schools operate is not defined in these reports.  The most questionable quality schools are most likely found in developing and “in conflict” countries.  Unfortunately, there are schools in the United States as in other countries that do not provide similar programs and resources as found in other parts of that city or state.  Having quality and equitable schools for all students appears to be an international issue.

The World Education Forum is a growing international organization that is not government-based, but educator-initiated, and is built upon a belief that the voice of educators is often missing in these government initiatives. We believe educators could have a more influential impact on the changes needed to support educators and students in these situations, both in the United States as well as with our international colleagues.

While attending the International Confederation of Principals in Toronto, Canada, I spoke with principals from Kenya.  They were rightfully proud of the accomplishments they’d made and frustrated with inconsistent attendance and the lack of quality resources.  The most common factors impacting attendance included fear for safety, inability to purchase uniforms or school lunch, walking distance, and the conflicting needs of taking care of the animals and siblings at home.  Similarly, my experience in Tanzania also identified the same factors impacting attendance at school.

My colleague Michael Schooler, Elementary Head at an international school in Ethiopia, shared his direct observations of the local schools.  Teachers have class sizes of 45-60 students with no resources of any kind.  Students attend 4 hours for one of the 2 or 3 shifts.  Few schools have libraries, which often remain locked for fear of theft.  Principals and administrators appear more as political positions, for they must respond first as government employees.

Picture a small dark classroom without electricity, 60 students sitting on a bench, each holding 8 students with a table in front of them.  The teacher is in the front writing on an old chalkboard, lecturing while students copy what is written if they have supplies.  They may have one textbook to share.  Students vary in ages since they often drop out and may return later.  If they don’t pass the 8th grade exam, they can no longer attend schoo

Is there a value in having all children educated?  I personally believe that is not only true but also a moral imperative for all citizens in our changing, global world.

Here’s one example.  Gebisa Ejeta lived in Ethiopia and his mom personally saw the value of having an education.  As a young child, he walked 10 miles each way, to and from school. He worked so hard he was invited to attend the secondary school.  His skills and dedication became influential enough to invite him to college in the United States to study agriculture. He wanted to make a difference for his country. Gebisa developed new food varieties that enabled more food to be produced in his home country. Gebisa is now an internationally acclaimed plant geneticist and was awarded the 2009 World Food Prize.  What if he couldn’t attend school? Imagine a child in Kenya today who is not able to attend school yet possesses the innate ability and motivation to find the cure for cancer.

We are creating a network with our international colleagues for our continued support of quality and equitable schools in every nation.  With educators supporting each other, we believe we can make a difference in our world.  If you are interested in the non-profit World Education Forum in the United States, please contact me at marykay.sommers@yahoo.com.

As Nelson Mandela said, ““There can be no keener revelation of a society’s soul than the way in which it treats its children.”