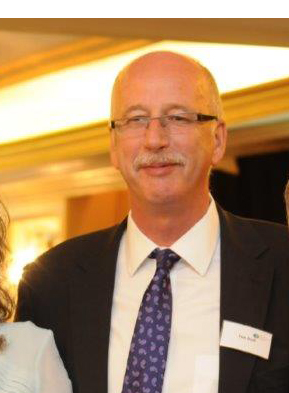 During one of my business travels as president of the Dutch Principal Association, I visited a few African countries and I was shocked by the finding that most of the young children have no access to schools.  If they had access, the quality of the education was very poor. Sometimes they were educated outside under a tree. I also found out that there were many initiatives financed by charity organizations to build schools. The problem was that after establishing schools, there was very poor sustainability.  Speaking with many global educators, I learned that the main problem is corruption and lack of interest of policy makers.


The fact is that these policy makers have the key in their hands to address the problem organizing an effective educational system. They decide how public money is spent.  Unfortunately, that’s not how education evolved in those countries.

Children have neither the possibilities or position to protest or start a pressure organization designed to persuade politicians to invest in their future and country.

With a few of my professional colleagues, we discussed the situation. The outcome was that we, educators and parents, have the best position to advocate for young children. It’s our job to raise children. If there are not enough schools or lack of resources, how can we do this?

This is why the World Education Forum was established. Building pressure on politicians was the main purpose of WEF.  We were supported by some money by AVS, the Dutch ministry of Education, Kensett and many volunteers. Officially, the World Education Forum (WEF) was launched in 2012 in Toronto, Canada. The European School Heads Association and the International Confederation of Principals supported the development of WEF.

In the last 8 years, many initiatives toward this goal surfaced in the US (WEF-USA), Bulgaria, South Africa, Nepal, Netherlands and other countries.  Some were very successful; others had less success, but the main idea was that the issue was on the political agenda.

After 8 years it’s time to let WEF develop and flourish in the countries themselves. In the WEF network, people find each other. Due to lack of resources, we had to close the Global Website, but the mission of the World Education Forum will go on.

Officer in the Order of his Majesty King Alexander, Netherlands

*ESHA, the European School Heads Association, is a professional organization for European School Heads. Members of ESHA are national organizations for school heads and deputy school heads within (pre-) primary, secondary and vocational education. Nearly all European countries (both EU and non-EU) are represented within ESHA by one or more organizations. ESHA is an international community in which experiences, visions and views between members are exchanged and in which new ideas are born. ESHA connects school leaders, researchers and policy makers with the collective aim to learn from each other and improve education.